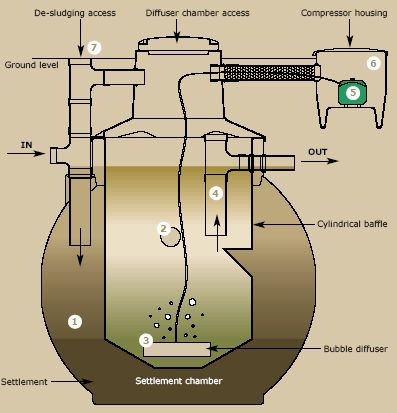 SBR systems contain either two or more reactor tanks that are operated in parallel, or one equalization tank and one reactor tank. The type of tank used depends on the wastewater flow characteristics (e.g. high or low volume).

These units are normally installed in situations where there is no public sewer and where a septic tank is not environmentally acceptable. The SBR treats the effluents to a very high standard (normally to 15 mg/ L suspended solids and 10 mg/ L BOD) which is suitable for discharging directly into a watercourse. It overcomes several of the common problems associated with packaged domestic sewage treatment units.

There are normally five phases in the SBR treatment cycle:

The following are the SBR processes taking place in different phases: 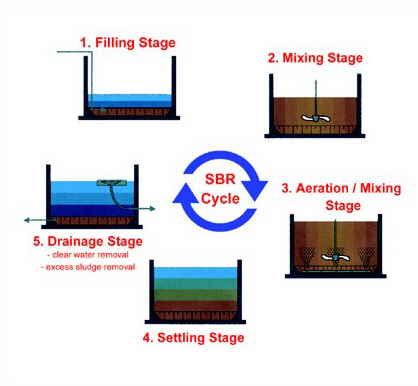