The Activated Sludge Process is an aerobic biological waste water treatment process that uses microorganisms, including bacteria, fungi, and protozoa, to speed up decomposition of organic matter requiring oxygen for treatment. In this activated sludge process, microorganisms are thoroughly mixed with organics under conditions that stimulate their growth and waste materials are removed. As the microorganisms grow and are mixed by the agitation of the air, the individual microorganisms clump (or flocculate) together to form a mass of microbes called activated sludge.

A portion of the settled sludge is returned to the aeration tank (and hence is called return sludge) to maintain an optimum concentration of acclimated microorganisms in the aeration tank to break down the organics. Since more activated sludge is produced than is needed for return sludge, the excess sludge is discarded or “wasted.” The wasted sludge may be further treated in a sludge digested and dewatered on sludge drying beds prior to disposal. The clarified effluent from the Secondary settling tank is discharged on land or into a flowing river.

The activated sludge process (ASP) consists of an equalization basin, PST, an aeration tank, a secondary settling tank (SST) and a sludge recycle line. Raw waste water is homogenized in an equalization basin to reduce variations in the feed, which may cause process upsets of the microorganisms and diminish water treatment efficiency. 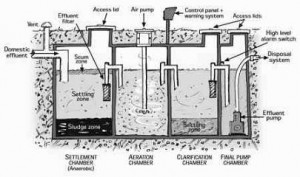 In the aeration tank aerobic bacterial population is maintained in suspension in the mixed liquor and oxygen, as well as nutrients are provided. Oxygen is supplied either by mechanical or diffused aeration, which also aids in keeping the microbial population in suspension. The mixed liquor is continuously discharged from the aeration tank into a secondary clarifier in waste water treatments ( sewage treatment). 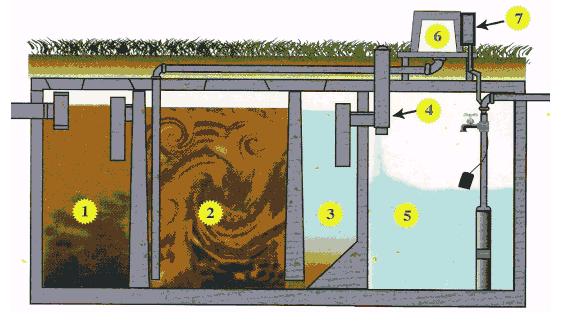