Remove Iron in Water with Chlorine

Posted by Water Treatment in Softener | one response

Chlorine dioxide can be used effectively for oxidation of iron from the moderately soluble ferrous state to ferric ion, resulting in the formation of ferric hydroxide, which forms a heavy gelatinous brown flocculation, which can be removed by sedimentation followed by filtration. 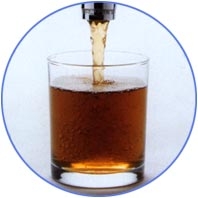 Here too optimum pH condition are always higher than 7 and preferably 8 or 9 and must be determined by laboratory procedures. The rapidly with which chlorine dioxide reacts in the oxidation of iron is not as significant as in the case of manganese. Chlorine is the chemical of choice ( except for chlorine dioxide ) in this case, unless the water being treated has a high ammonia content or other nitrogenous compounds that would seriously interfere with the formation of free available chlorine. This would be an economic consideration unless there were side reactions causing taste and dour problems treatable only by chlorine dioxide.

The oxidation of iron by chlorine dioxide is as follows: 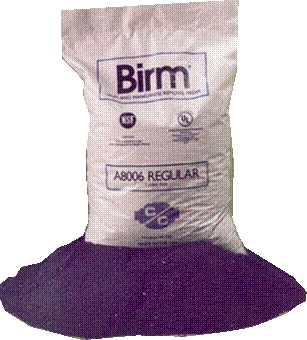 One Response to “Remove Iron in Water with Chlorine”